UIC Admissions has implemented preventative practices that will impact campus visits and other office activities. Visit our update and frequently asked questions page for more information.

This is a can't miss event

At IGNITE, you will get to know your academic college; connect with faculty, staff, and UIC students; meet classmates; visit college and classroom buildings; and discover the amazing array of support programs available to you.

Whether you have already been to campus, have committed to UIC, or are still deciding where to attend college, please join us for IGNITE.

Admitted students can register through the Application Status Portal. 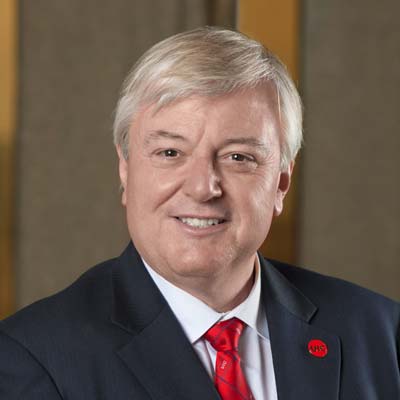 Chancellor of the University of Illinois at Chicago

For over two decades as a professor, researcher and senior administrator on a flagship research campus, he established a proven record of building academic and research excellence.

Prior to arriving at UIC, Amiridis served from 2009 to 2015 as executive vice president for academic affairs and provost at the University of South Carolina at Columbia, where he oversaw all academic functions on the university’s flagship campus and at four, two-year regional campuses. He also shared responsibility for coordinating all budget and capital planning functions.

As provost, Amiridis created an "academic dashboard" to help chart the campus’s strategy for growth and excellence by comparing its performance to peer institutions in key areas such as enrollment, research funding, graduation rates and student-faculty ratios. He helped develop a plan that earned board of trustees funding for 200 new tenure and tenure-track positions.

His research interests focus on the synthesis and catalytic characterization of bimetallic nanoparticles with controlled composition and architecture. He has received more than $15 million in research funding as a principal investigator and more than $9 million as a co-investigator.

He earned the National Science Foundation's award for early-career scientists and engineers in 1999, the University of South Carolina's research achievement award in 2005, and the university's Golden Key Award for Integration of Undergraduate Teaching and Research in 2000.

Amiridis' work has resulted in 102 peer-reviewed journal publications and he received awards for teaching excellence at South Carolina and as a graduate instructor at Wisconsin. He was elected a fellow of the American Association for the Advancement of Science in 2012.

Earlier in his career, Amiridis was a research engineer for three years at W.R. Grace and Co., an international manufacturer of specialty chemicals and materials, and a lecturer at Johns Hopkins University in Baltimore.

He and his wife, Ero Aggelopoulou-Amiridis, have two children. 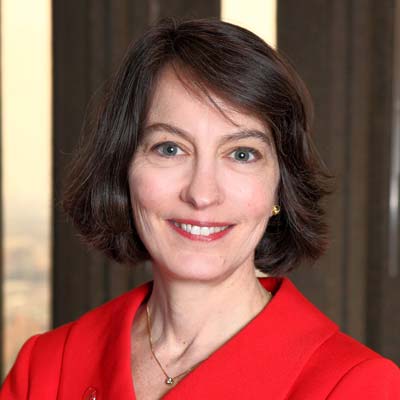 Dr. Poser received her B.A. in Ancient Greek and Political Science with honors from Swarthmore College, her J.D. from the Boalt Hall School of Law at the University of California, Berkeley, and her Ph.D. in Jurisprudence and Social Policy, also from U.C. Berkeley. Dr. Poser's dissertation was an analysis of the organizational, philosophical, and legal aspects of the remedial phase of desegregation litigation.

After law school, Dr. Poser was a law clerk to Chief Judge Dolores K. Sloviter of the United States Court of Appeals for the Third Circuit in Philadelphia. She practiced law and was the Zicklin Fellow in Ethics at the Wharton School at the University of Pennsylvania, before going to Nebraska as a member of the law faculty. In 2005, Poser became director of the Robert J. Kutak Center for the Teaching and Study of Applied Ethics at the University of Nebraska. From 2007-2010, Poser served as Associate to the Chancellor at the University of Nebraska-Lincoln before returning to the law school as dean.

In her 5 years as dean at the University of Nebraska College of Law, Dr. Poser led a complete review of the curriculum. This review led to Nebraska becoming one of the only law schools in the nation to require international law in the first-year curriculum. Poser oversaw the creation of an Entrepreneurship Legal Clinic and many joint degree programs, including with the College of Public Health at the University of Nebraska Medical Center. She raised over $22 million from donors, which included funds to build an addition to the law school building to house all of the law school's clinical programs. During her tenure as dean, the College of Law's U.S. News and World Report ranking rose 37 points.

Poser's research interests include professional responsibility, with a focus on multijurisdictional and multidisciplinary practice. She has written and spoken widely on these issues. In 2003, she served as the Reporter to the Nebraska State Bar Association Committee that reviewed the Model Rules of Professional Conduct and proposed their adoption in Nebraska. She has also published articles on Tort law and participated in interdisciplinary empirical research and scholarship on the effects of Tort rules.

At the University of Nebraska, Poser served as a member of the Women's and Gender Studies Faculty, the Chancellor's Commission on the Status of Women, and Chair of the NU System-wide Gender Equity Committee. She served on the Ethics Committee of the Nebraska State Bar Association, and on the Nebraska Supreme Court's District One Committee on Inquiry, which reviews disciplinary complaints against Nebraska attorneys.

Dr. Poser was a member of the Board of Humanities Nebraska and the Strategic Air & Space Museum. She served as a member of the Board of Directors of the American Civil Liberties Union of Nebraska and the National Board of Directors of the ACLU. At Nebraska, she received the Law College Distinguished Teacher award in 2004. In 2006, she received the Shining Light Award from the Nebraska State Bar Foundation and in 2011, she was awarded the Outstanding Contributor to Women in the Law by the Nebraska State Bar Association.